One of the largest sheep farms in Clay was located in Caughdenoy.  The grazing was excellent and there was plenty of water.  The photo depicts some of Adam Anthony’s sheep and he is standing behind the fence way in the back. Although it is no longer there, other sheep raises have told their history.  A story was told by an anonymous boy who was raised on a sheep farm.  As he was growing up, at State Fair time, he spent most of his time taking care of his sheep – feeding, watering, washing them, adjusting blankets and keeping pens clean.  Of course, his father was right by his side assisting him and teaching him the finer points of preparing sheep for show.

At their family farm, they specialize in commercial ewes in addition to natural colored sheep, mostly selected for meat quality which are crosses of two or three different breeds.  Natural colored sheep are at least 25% black.  They have two breeding seasons and the owners want them born in early fall and early January.  Rams are put in with the ewes in late April and early May for fall lambs.  All the natural colors are bred for fall lambing and if they don’t settle they have another CIDR. This synchronizes the ewes for a more defined lambing season.

Ewes remain in the pasture until close to lambing and then are brought into a 40-by 70-foot building equipped with side curtains.  Cameras in the barn allow observation of the ewes close to lambing to determine whether they will require assistance giving birth.  After lambing, the ewes and lambs are placed in jugs (small pens) to ensure bonding and that lambs s receive sufficient milk.  After a short period, they all join a larger group of ewes and lambs.

Since they have a commercial flock and sell lambs year-round, they keep rams with the flock throughout the year and can take a load of lambs once a month to auction.  They raise the lambs to 100 pounds which gives them the best price.  The natural colored wool is sought by many for spinning and fiber arts.  So he keeps the sheep that travel to shows apart from the commercial meat flock to avoid potential health problems.   By experimenting with feed economy and good nutrition options they found the sheep did well on their own homegrown corn silage.  Like most commercial producers, the family does the majority of health work for the flocks.

During COVID, they started the first on-line sale of natural colored sheep.  Although the family enjoys getting together with others in the sheep industry, hosting on-line sales opens options for out of state buyers who wouldn’t travel to New York.  And, buyers can pool their resources and transportation.  On line when there is a hit, bidding stays open for ten more minutes for others to think about it!  This is sales today!

This wasn’t Adam Anthony’s sheep business, of course.  And our small herd of sheep started with one ram and two ewes which we acquired in a trade for a butchered and cut-up pig.  As the herd began growing with additional sheep that were abused and we rehabilitated, we had to find a shearer and an outlet for the wool.  I joined the spinning guild and learned to spin, card and all the other steps.  Most of the lambs we sold young and I didn’t want to know anymore!  The wool went to the wool pool in Norwich.  Many fleeces won ribbons.  Some Rams were sold to other sheep raisers for new blood in the flock.  Sheep make nice pets, too.  It was fun!

Wool has so many uses and one can see why the pioneers kept sheep.  There were more sheep than cows, horses or people in the days of the early settlers in Clay.  For the hobby sheep raiser-hand spinner, there are steps before wool can be used.  First it must be washed by hand and thoroughly rinsed.  Next dried and carded to get all the fibers going in one direction.  This mat of wool can be felted to make hats and coats.  Or, it can now be spun using a spinning wheel into strands of yarn, which are plied two, three or four strands together.  This is now ready to knit, crochet or weave into garments, blankets and other household items.  And, the scraps of washed wool may be used to stuff pillows, plug into opening s to keep out drafts and many other original uses around the house. 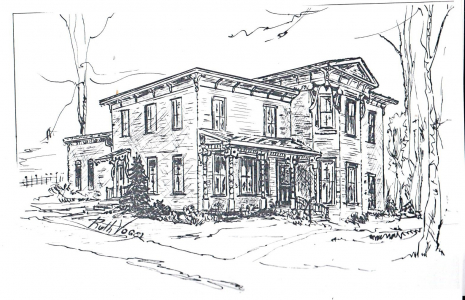 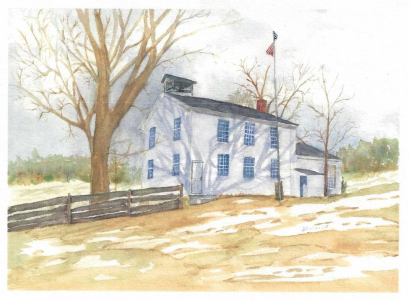 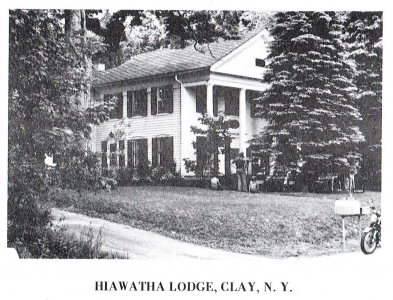