The week of July 9. 2012, seven Girls and seven boys from around town made some wonderful memories at the Clay Historic Park.  Under the direction of Cindy Redhead, Chairman of this year’s History Camp and nine volunteers and helpers, the children were kept very busy learning about the Civil War as it related to the Town of Clay.  Pictured is Cindy in the District 5, one-room schoolhouse, teaching one of the classes.

The first day they learned what Civil War soldiers needed when they went to battle – uniforms, equipment, food and water.  Of course they were under the leadership of a higher rank officer.  In the log cabin, they were taught a class on how the women were involved in the war.  While staying at home doing their husband’s, son’s or brother’s jobs, they had their own work to do.  Some were actually spies and others, masquerading as men, fought with the men.  The children were assigned a blue or grey shirt signifying either North or South.  It was explained to them that both sides were Americans and how important they were.

The second day, they were at the Railroad Station learning about the part trains played in the war.  After learning how important the Morse code was in the War, they practiced by interpreting a message which was really a famous saying by Abraham Lincoln.  After constructing a railroad lantern and some history of the slaves, they marched around with their lanterns pretending they were escaping.

Wednesday was off to the District 5 one-room schoolhouse where they were instructed in how it would have been to learn with eight grades in one room.  Plus, some stories were told by those who had attended a one-room school.  After learning a slave song which was sung by the escaping slaves, they made a picture of the little and big dippers which were the guides for the slaves to finding freedom.  Using a map of the slave routes through New York State, they measured the distance between known safe areas on the way to freedom in Canada.  A bag race followed with blue against gray.

Thursday at the Pine Plains Cemetery, they made rubbings of Civil War soldier’s tombstones and researched their own ancestors.  Then they toured the cemetery and learned about different types of stones and family names of people in Clay.  Actually the children were asked to find the tombstone with an American Indian portrayed on it.  Afterwards they played quiet games under the beautiful trees at the Cemetery.

The last day included a tour of the old Weller barn, learning about farming and the difficulty of keeping the farm going during the War.  Bringing in their own family trees that they had compiled at home with the help of their parents and grandparents, the children researched on the internet for their ancestors.  The Camp ended with a cookout and playing games as tug of war with blue against gray.  When their parents/friends came to pick them up, they couldn’t wait to show them all the projects they had been involved in.

The boys and girls learned, as the Northern and Southern soldiers had learned years before, that no matter what color their uniform (or Camp tee shirt), that underneath they were all the same with the same ideas and values; and were Americans.  The girls and boys all wanted to return the next year! 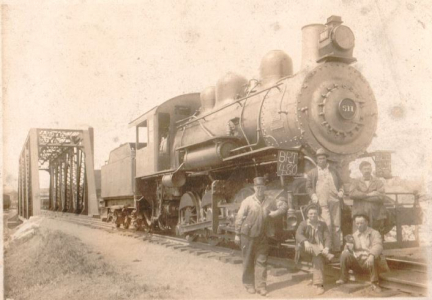 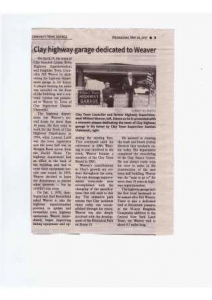 On April 29, 2017, the Town of Clay honored former Town Highway Superintendent and longtime Town Councilor Bill Weaver by dedicating the highway department garage in his honor. Read the full article below. 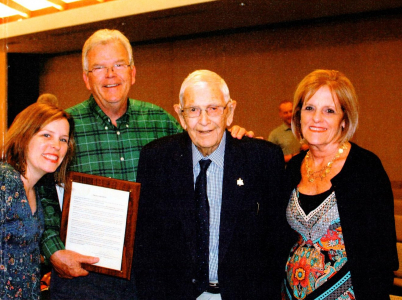