This photo of the home of Gus Renk on Route 31 was taken in 1914.  It must be remembered that Euclid was considered a much larger area back then.  The fire station that took its place was called the Euclid station.  When Howard, Gus’s son, grew up in this location, it was considered the village of Euclid.

From 1913 through 1921, Gus drove the stage from Euclid to Clay twice daily, morning and evening.  He carried the mail pouches from the Euclid Post Office to the train depot in Clay, put the mail on the outgoing train and received and delivered the incoming mail back to the Euclid Post Office.  Gus was under contract with the U. S Post Office but furnished his own wagon, team of horses and sleigh, as required.  He also carried passengers and some freight, such as molasses ad vinegar ordered in quantity by Euclid residents.  When arriving at the Clay train station, Gus would always tie his horses to the side of the station away from the tracks, as the horses disliked the noise of the steam engine.  Inside the station on the south side was a small room for the public, outfitted with benches and a potbelly stove.  However, the first restrooms were located outside the station about 80 feet up the tracks.  The north side of the station was used for freight storage.

Howard remembers his father telling of a hold-up attempt one time on a return trip from Clay.  Just before Gus reached Euclid, a man leapt out and grabbed for the horse’s bridle.  But, before he could snatch the mailbags, Gus lashed at him with the horsewhip and foiled the attempted robbery.  As a boy, he also remembers spending time after school picking up American chestnuts for area farmers and in return, they would give him a share.  During the winter months, he spent many hours, from the time school was out until bedtime, stripping the willow branches for the basket makers in Liverpool.

The main activity at this time, of course, was farming and raising livestock.  The main cash crops were potatoes, cabbage and tobacco.  In the peat swamp along the present Henry Clay Blvd., onions and carrots were grown.  In addition, every farmer had a large garden to provide for family needs.  Besides vegetables, many farmers grew strawberries, grapes, currents and raspberries.

There were many commercial activities as well.  On the north side of Route 31, Will Blanchard operated a good-sized cheese factory until it burned down in1914.  It consisted of a milk receiving area, vats, and a boiler room.  In the back were two two-story high warehouses for curing and aging cheese.  Gus Renk worked at the cheese factory in addition to his post office contract.  He had other side jobs as building silos for farmers, and cutting and preparing trees to be used for telephone or flag poles.  Another cheese factory operated from 1916 to 1925 along the railroad tracks north of the sauerkraut and tomato canning factories.

On the southeast corner of Route 31 and Morgan Road stood the Gifford Store which housed the Euclid Post Office.  Across the street on the south side of Route 31 was the Waterbury Store and a meat market run by Wilt Bennet.  Across from the Renk home were a blacksmith shop and a woodworking shop that was kept supplied with rough boards by the sawmill located just across the bridge over the Mud Creek on the north side of Route 31 on the way to Clay.  Before being dug out for the fire station, the Renk home was on a slight hill that overlooked the sawmill from the opposite side of Mud Creek.

A quick means of making some money in the spring for some local residents, including Wilt Baxter, was catching and dressing early spring frogs.  The legs would be packed in 16 quart milk cans and shipped to Brewerton, where they were sold at Davidson’s Fish Market.

One last story by Howard tells of how he remembers the time William Robinson, who lived in Euclid for many years until his 100-year-old house burned down, brought home a railroad torpedo.  (They were used for signaling.)  Unfortunately, William proceeded to use an axe on it, causing an explosion which cost him an eye. 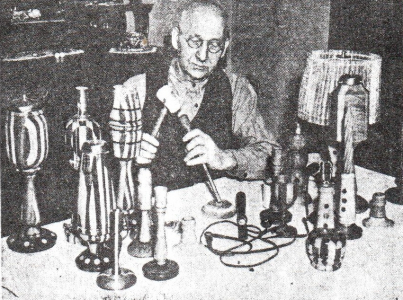 Charles Dence and His Lamps 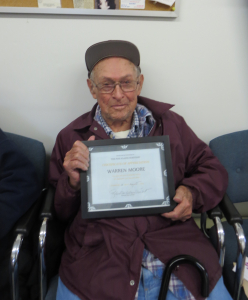 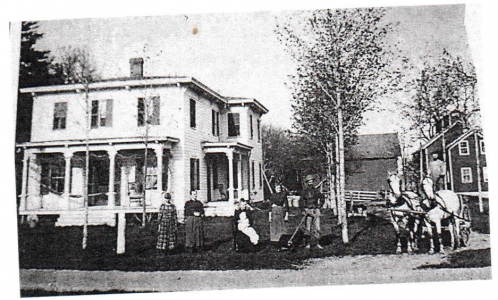